Art and photography in the BLUF store, 10 February 2022

A small change to the language in our dresscode, 06 August 2021

The cost of joining BLUF

I had an email recently from a prospective member, in which he mentioned that he estimated it would cost him around £1,000 to go to one of the London leather stores and buy himself all the gear he needed to join BLUF. Since this is not an uncommon perception … 18 May 2022

We've probably all seen them. The Facebook post about a weird looking website from a friend, in which we and dozens of other people are tagged. Or curious messages saying things like "Is this you in the video?" They're all often preludes to getting your social media accounts attacked … 24 May 2021

Although most of the things we provide on the BLUF website are for members only, I've long been of the belief that we should also use our resources to provide things that benefit everyone, whether they're a member or not. That's why the BLUF events calendar has been publicly accessible … 18 Oct 2020

Lots of us are taking part in online meetings at the moment. They're a great way of keeping in touch with other members of the community around the world, when it's not possible to meet in person. We thought it would be helpful to post a reminder about privacy, however … 24 May 2020

For this year's World AIDS Day, BLUF is adding some features to our website that will help members learn about PrEP - Pre Exposure Prophylaxis. It's a drug regime that, taken by HIV negative people, can help to ensure that they stay that way. It's one of the biggest recent … 23 Nov 2015

A profile of politeness

In common with many other sites, BLUF provides profiles for members to write a bit about themselves, alongside their photos. And, just like on other sites, sometimes you see things that make you think "What's going on here?" Often, people use words and phrases without really thinking too much … 30 Oct 2015

As part of our commitment to keeping BLUF secure, we have today made some important changes to the way passwords are handled on the BLUF web site. We're posting this publicly for two reasons - first, so that people who have forgotten their password can understand the new system and … 23 Feb 2015

As World AIDS Day comes around once again, I'd like to reflect on the way that we talk about those in our community who are living with HIV/AIDS. And, in some ways, that also reflects on the ways we talk about people in general, especially when it comes to online … 29 Nov 2014

Get the BLUF Calendar

The BLUF Calendar has grown over recent years, and as well as containing details of BLUF's own events - now 60-70 a year, around the world - it has information about around 150 others, and that number seems to be growing. We've already made our calendar feed available publicly at … 21 Mar 2014

It's the 25th World AIDS Day today. From all at BLUF, whether you're remembering those we've lost, caring for someone with HIV, living with it yourself, or being grateful for information that's kept you safe, our very best wishes. Since the first World AIDS Day, we've come a long way … 01 Dec 2013

“Safe” is a word that’s used an awful lot by the gay community, but overwhelmingly in one particular context, that of preventing or reducing the risk of transmitting HIV or other STIs. That’s a very important thing to do, as I wrote on World AIDS Day. But I also think … 30 Dec 2012

A question of numbers

“Are you clean?” “Disease free and expect the same!” All phrases that have become depressingly familiar to many on the gay scene, and especially in the world of online hook-ups. And phrases that it’s worth taking a good hard look at, on World AIDS Day. The numbers that … 01 Dec 2012

A brief guide to online dating

There are lots of online dating sites these days, both for fetish and non-fetish people, and if you're not used to them, it can be tricky getting to grips with the etiquette - after all, you don't want to upset people when you're chatting online, do you? So, here are … 11 Jun 2012

There’s little doubt that the fetish scene has changed a lot in the last decade or so. As people have flocked to the web as a place to meet, so tastes and attitudes have changed. Where once those into leather would find like minded souls in a bar, and very … 11 Apr 2012

The importance of asking questions 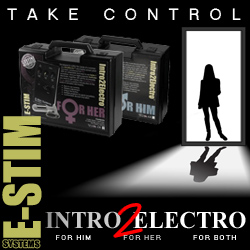