A new era for MSC London

This Friday (20th May) sees the start of a new era for MSC London. Formed more than 40 years ago, in a time when acceptance of LGBT people was very different, the group has now officially changed its name to London Leathermen.

Paul Turner told me "We no longer need to hide behind the 1970s euphemism of Motor Sport Club, and took the decision at our AGM in March to rename the club, and stand proud as London Leathermen." The club's new site will be launched soon at http://londonleathermen.uk

The first LLM meeting with their new name will be at The Eagle on Friday night. London Leathermen and BLUF will be partnering once again in the Pride parade, and all fetish guys are welcome to join us, whether or not you're a member of BLUF or LLM.

BLUF in the London Pride March 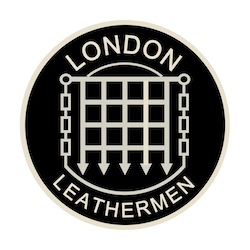